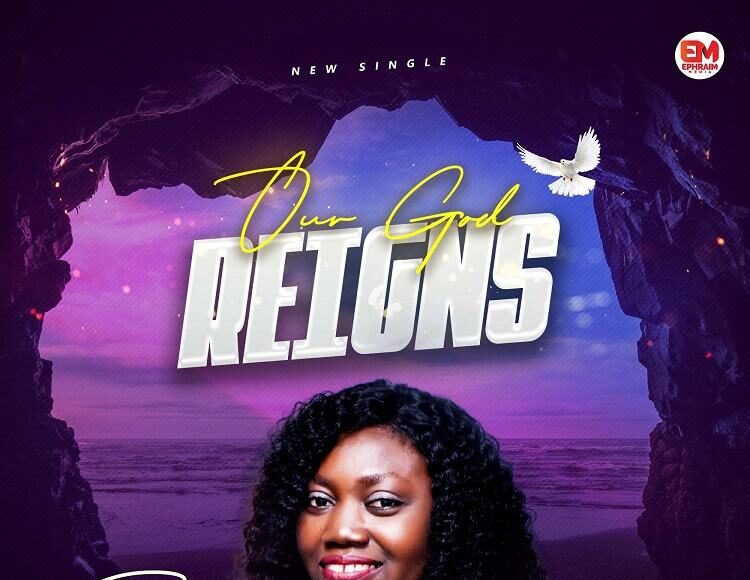 Gospel music singer Stella is out with her debut single titled, “Our God Reigns” featuring Pastor Anthony Oshiniwe, This song is produced by Trimax Distinct Studio

Speaking on the song, Stella says, “This is a song birthed out of Thanksgiving and gratitude. This song gives references to God on how He reigns on earth and also in heaven.”

“In 1 Chronicle chapter 16, we are all called to give thanks to God, singing and making melody in heart unto God who rules and reign in the affairs of men.”

“The song expresses the heart of a worshiper, obstetrician, gynaecologist, and a Mother, towards God.” – she concludes.

Give thanks to the Lord,
Call on His name,
Make known His deeds among men,
Sing unto Him, sing psalms unto Him.

Talk of His wondrous works,
Glory in His name,
Let the heart of them rejoice that seek the Lord,
Seek the Lord and His strength.

Seek His face continually,
Remember the marvellous works He’s done,
His wonders, His judgments are in the earth,
He maintains His covenant to thousands of generations.

Sing to the Lord,
All the earth show forth from day to day His salvation,
Declare His glory among the heathen,
His marvellous works among the nations.

For great is the Lord and greatly to be praised.

He is to be feared above all gods,
All the gods of people are idols,
But the Lord who made the heavens,
Glory and honour are in His presence.

Strength and gladness are in His place.

Give unto the Lord the glory due to His name,
Worship the Lord in the beauty of holiness,
Let the heavens be glad,
Let the earth rejoice.

Let men say among the nations,
The Lord reigns,
Blessed be the Lord the God of Israel forever and ever,
Amen, amen, amen.

Discipline and Dedication – From His Heart – May 25

christgospelradio - May 25, 2022 0
Devotional
DISCIPLINE AND DEDICATION But have nothing to do with worldly fables fit only for old women. On the other hand, discipline yourself for the purpose...