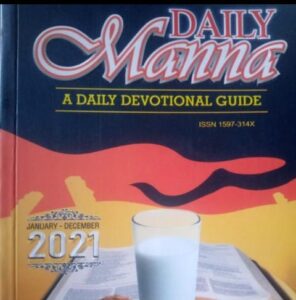 Topic: When Their Cup is Full

17 And all the congregation of the children of Israel journeyed from the wilderness of Sin, after their journeys, according to the commandment of the Lord, and pitched in Rephidim: and there was no water for the people to drink.

2 Wherefore the people did chide with Moses, and said, Give us water that we may drink. And Moses said unto them, Why chide ye with me? wherefore do ye tempt the Lord?

3 And the people thirsted there for water; and the people murmured against Moses, and said, Wherefore is this that thou hast brought us up out of Egypt, to kill us and our children and our cattle with thirst?

4 And Moses cried unto the Lord, saying, What shall I do unto this people? they be almost ready to stone me.

5 And the Lord said unto Moses, Go on before the people, and take with thee of the elders of Israel; and thy rod, wherewith thou smotest the river, take in thine hand, and go.

6 Behold, I will stand before thee there upon the rock in Horeb; and thou shalt smite the rock, and there shall come water out of it, that the people may drink. And Moses did so in the sight of the elders of Israel.

7 And he called the name of the place Massah, and Meribah, because of the chiding of the children of Israel, and because they tempted the Lord, saying, Is the Lord among us, or not?

8 Then came Amalek, and fought with Israel in Rephidim.

9 And Moses said unto Joshua, Choose us out men, and go out, fight with Amalek: to morrow I will stand on the top of the hill with the rod of God in mine hand.

10 So Joshua did as Moses had said to him, and fought with Amalek: and Moses, Aaron, and Hur went up to the top of the hill.

11 And it came to pass, when Moses held up his hand, that Israel prevailed: and when he let down his hand, Amalek prevailed.

12 But Moses hands were heavy; and they took a stone, and put it under him, and he sat thereon; and Aaron and Hur stayed up his hands, the one on the one side, and the other on the other side; and his hands were steady until the going down of the sun.

13 And Joshua discomfited Amalek and his people with the edge of the sword.

14 And the Lord said unto Moses, Write this for a memorial in a book, and rehearse it in the ears of Joshua: for I will utterly put out the remembrance of Amalek from under heaven.

15 And Moses built an altar, and called the name of it Jehovahnissi:

16 For he said, Because the Lord hath sworn that the Lord will have war with Amalek from generation to generation.

“And Moses built an altar, and called the name of it Jehovahnissi: For he said, Because the LORD hath sworn that the LORD will have war with Amalek from generation to generation.” – (Exodus 17:15,16)

Sinners and avowed enemies of God’s people are never satisfied with a half-full cup of their transgression against heaven. They push their ‘luck’ too far, inconsiderate of the Lord’s patience with them to repent. At the end, their cup becomes full; it draws the attention and anger of God and swift judgment follows after numerous unheeded warnings.

The Amalekites, a descendant tribe from Esau, got a taste of heavenly chastisement when they attacked Israel, God’s people, at their weakest moment. The Israelites had just been liberated from centuries of slavery in Egypt. Now at Rephidim in the wilderness, they were in grave distress. There was no water and they feared for their children, women and cattle. The Israelites created a new challenge when lack of faith in God’s ability to meet any need led to murmuring against Moses. The Amalekites struck in this drained state.

But the cup of the Amalekites was full. The Lord did not only defend His children, He also vowed to wipe out Amalek from the face of the earth. He began with the epic victory at Rephidim. Moses, the servant of God, assisted by Aaron and Hur, got heaven’s support from their position on the mountain as Joshua waged the physical battle on the ground for Israel’s resounding victory. Triumph will always come the way of believers who cooperate to confront a common enemy.

The Lord signs off the Rephidim conquest by revealing another name of His – Jehovah-Nissi, the Lord our Banner – to remind believers that day and night, all year-round, all our life, we are constantly under His watch. He protects us from spiritual and physical attacks.

THOUGHT FOR THE DAY: The Lord steps ahead of the enemy scheming to destroy His people.

christgospelradio - October 19, 2021 0
Devotional
Topic: The Most Powerful Name Scripture: Then know this, you and all the people of Israel: It is by the name of Jesus Christ of...